It was a beautiful day on Saturday (read as ” Richard and I were dripping with sweat”… typical Brits, never happy with the weather!) when we popped down to the open day at Peter Sefton’s Furniture School. As I mentioned on Friday there was a large chance that Richard would get on with too much talking and not enough building, and that was exactly the case. But that was no bad thing and we very much enjoyed talking to those who can along to discuss benches, woodwork and just general chatter!

Since Richard did very little by way of work I focused my camera over on the chap next to us. Paul Hodgson has devoted much of his life to making chairs, furniture and teaching others his craft. 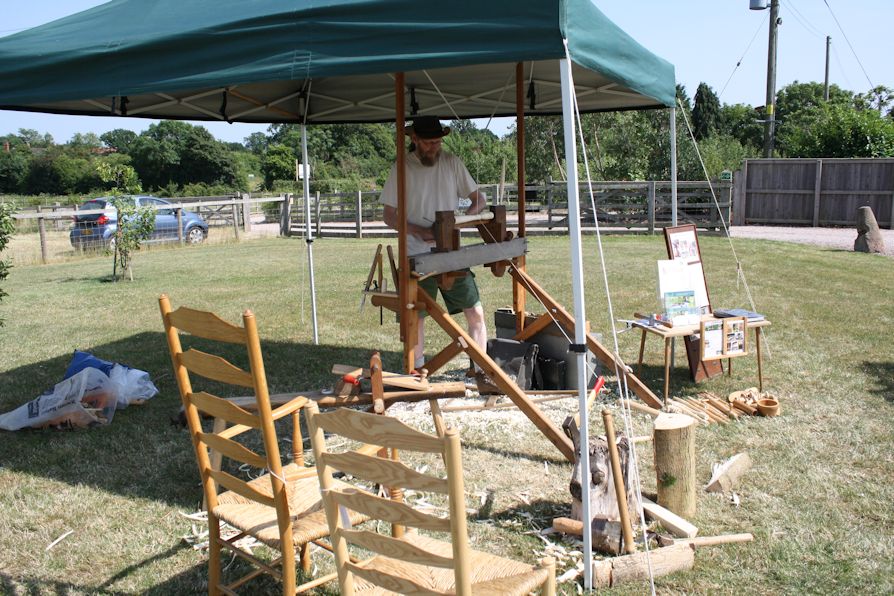 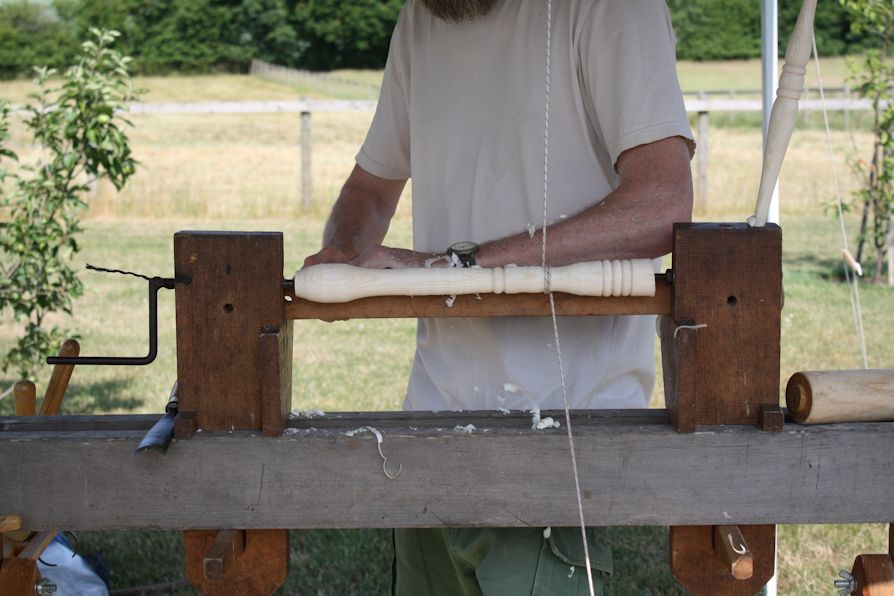 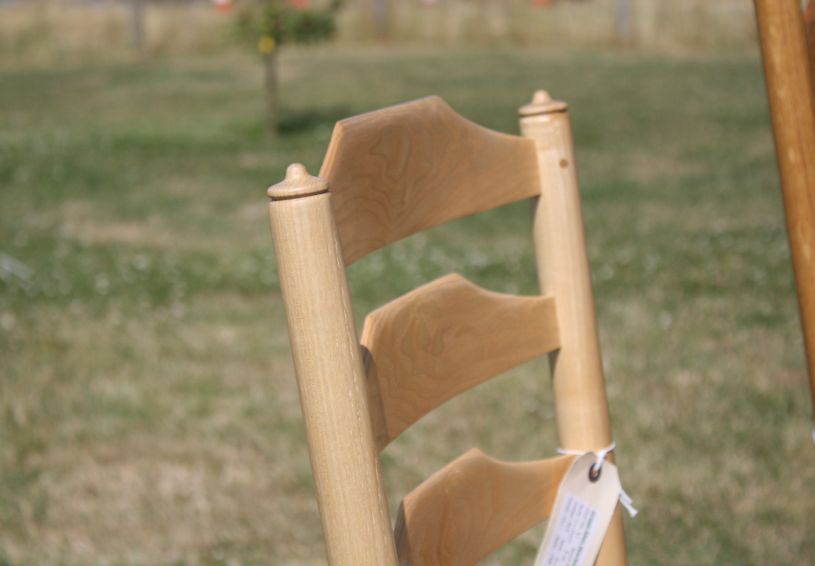 Paul is not the first person I ‘ve met who woke up one day and decided to pack in a perfectly sound professional career to get in to woodwork. And this really illustrates to me a great importance about crafts; that element which brings such fulfillment that you would struggle to find elsewhere.  Most of our life we are drilled to desire money; right through school we’re encouraged to get a great job and beyond that there’s an ever present pressure to keep up with the Jones’ (who ever they are!?). But it’s evident to me not only through my own experience but by talking with others that there’s something far more valuable than the money – why else would people change their steady career to a life of labour?  So there’s that element, that reason and driving force which many of us feel but sadly which doesn’t get celebrated enough.

There are a good number of people out there striving to keep alive a craft or tradition and it’s fantastic to think that they are making a real difference – creating beautiful works and sharing their knowledge and skill. I don’t wish to be negative but whilst the skills seem to be reviving the appreciation seems to be dwindling off.
A craftsman is faced with having his price tag compared to that of a table or chair that’s been mass produced, screwed together and flogged on the high street. On the other hand it is becoming increasingly easy to charge four times as much for everyday items of inferior quality simple because they’ve been stamped with the right logo.
I think it’s now the consumers time to step up and make a difference, but then this is no easy feat!

For details of Paul’s work and courses take a look at the Cotswold Woodland Crafts website.

« Out and About
Selling yourself »