As you know, to become fast with hand tools you have to understand that perfection isn’t a thing.
You need to learn where the inaccuracy can be hidden, and deliberately place it there.

A good example of this, were those table legs in the hall table build. Getting them perfectly square would have been a faff, so I didn’t even bother to try. Instead I deliberately made them out of square, but made sure that I put that error in to my favour. That deliberate error then became an huge advantage for the joinery and the rest of the build.

In the finished piece you wouldn’t be able to tell. And that’s the key.

Roughing It By Machine

Once this skill is mastered, you then realise just how over the top we can get about precision when it comes to machines.

My planer has a dial on it that goes down to 1/10 of a mil! When you thickness by hand do you ever even measure the thickness at all?

Now, don’t get me wrong, having that sort of accuracy is handy, particularly in a production environment. It’s also nice with those who can’t cope with odd numbers.
But for the one man maker it’s rarely needed. And when it is, you’re proficient with a hand plane, and can get far more precise than that using one.

What I’m trying to say here, is that buying machines for a hand tool workshop is massively cost effective.

The reason is, we don’t need to be paying for that precision.
If we’re going to be using machines, then it’s for their speed in roughing out. All of our finishing is still going to be done by hand and that’s where we (hopefully) excel.

My old fancy planer. It’s very accurate, and it was great when I was using it to knock out workbenches. But I’d easily get away with a far rougher machine now that I’m back building furniture.
I do love that dial gauge on it though. I can’t even help myself but go to precise numbers.

Things inside there had rusted up pretty bad, due to it not being used for such a long time. I had to spend a fair while getting it whirling back in to action recently. I’ll be using it in my next build, so I’ll let you know the reasons for that shortly. 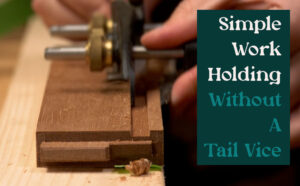 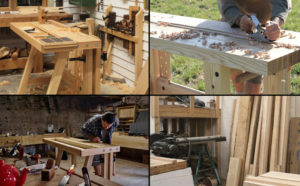 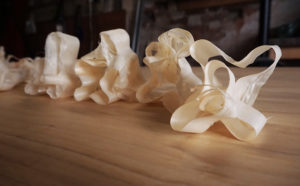 What Makes You Tick?