Once we get past the first week in January it’s usual for Christmas to be long forgotten as we try to throw ourselves back to the grind, and for the most part we hardy recall having a break at all. This January though we’ve decided to take a small glance back at 2012 as it’s been an interesting and busy year here at the workshop and I’d like to be able to write that number at least one more time as I’m struggling to warm to the look of 2013. 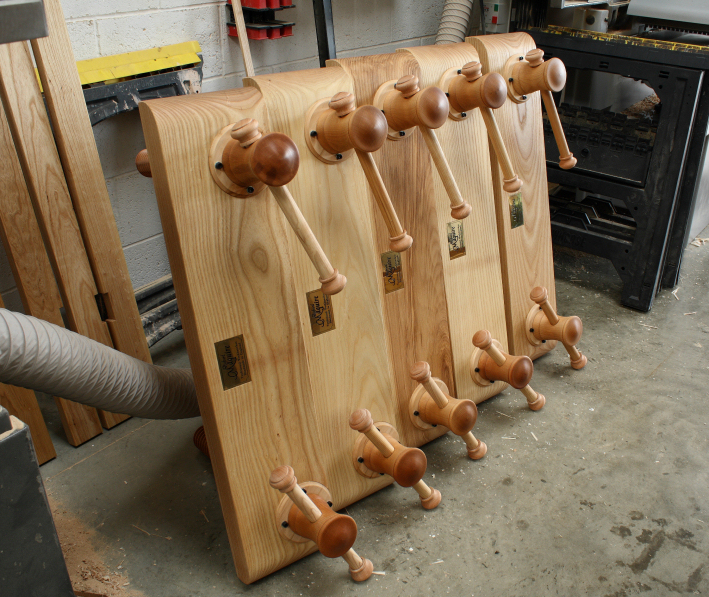 The English Woodworker – Before March last year our plans to write a blog were nothing more than a repeating conversation. We decided upon the name and bought the domain at least two years previous but hadn’t quite had the nudge we needed to get things going. As we expected it hasn’t always been easy to keep things up to date but we’ve really enjoyed sharing our goings on and best of all seeing that so many people are reading along and it’s certainly encouraging to receive feedback. We hope you’ll enjoy continuing along with us this new year.

Line Shaft Machinery – It’s the line shaft machinery that gave us that nudge to get the blog up and running. As it was such an unusual and unlikely find we were sure it would be of interest to others and wanted to share each step as the machines come back to life. We know we’ve simply bought ourselves a lot of hard work here and the biggest struggle hit us right away just inching every ounce of the countless tonnes of cast iron out of its old home. As you’ve seen, the cross cut saw has come up a treat and has already become invaluable in the workshop. Hearing the clatter of belts on the line shaft is still a long way off but we know we’ll do justice to these old workhorses eventually.

Maguire Vices – Whilst none of our vices were new in 2012 it seems to have been the year that they’ve taken peoples notice and they’ve really taken off as a product on their own – especially in the States. We hope the blog and particularly the later addition of our online shop has helped raise the profile and make our hardware more accessible. We’ve been delighted with the response and would like to thank all our customers for their support, especially over the busy Christmas period.

Workbenches, Workbenches and more Workbenches – For Maguire Workbenches 2012 turned out to be an exceptionally busy year and at times we could say too busy (though we really shouldn’t!). The schedule did keep us from enjoying a more varied mix of work that we’d hoped to complete including the Medieval Cupboard, though the plans for this and several other furniture projects have been brought along to this year so we should get there shortly. We have however built an exceptional variety of workbenches many of which we haven’t even had chance to mention so it’s certainly never had chance to get dull!

After a busy year we’ve really enjoyed having a break over Christmas. We haven’t done much at all other than catch our breath, nor have we said much but we can both happily confirm that we’re now fully limbered up for what can only be another more productive year ahead. A big thank you to everybody!