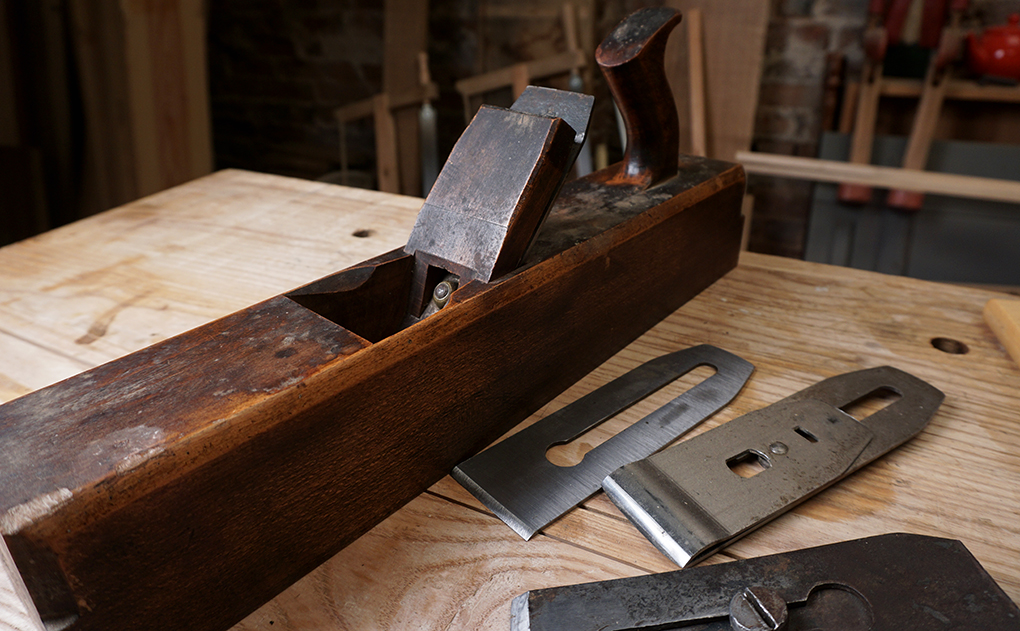 Why is it that my Grandad doesn’t grind. My Dad doesn’t have a grinder. And up until me buying swanky tools, I never had to grind?

It’s a combination which wasn’t found in my Grandad’s workshop.
And that thick hard steel takes some going to wear through.  So out comes the grinder.

This modern ‘improvement’ to our irons puts a spanner in the works of any old school sharpening routine.
A routine needs to be systematic, but what’s unique about an approach to softer steels and thinner irons, is that we can also be progressive.
It becomes a very swift cycle which allows us to continually optimise to the task.

Sharpening thick, hard irons also has to be systematic, but this time it’s rigid.

I’ll explain this further another time, but what’s important is that they differ. And to be efficient throughout our work we need to acknowledge this and approach them differently when we sharpen. 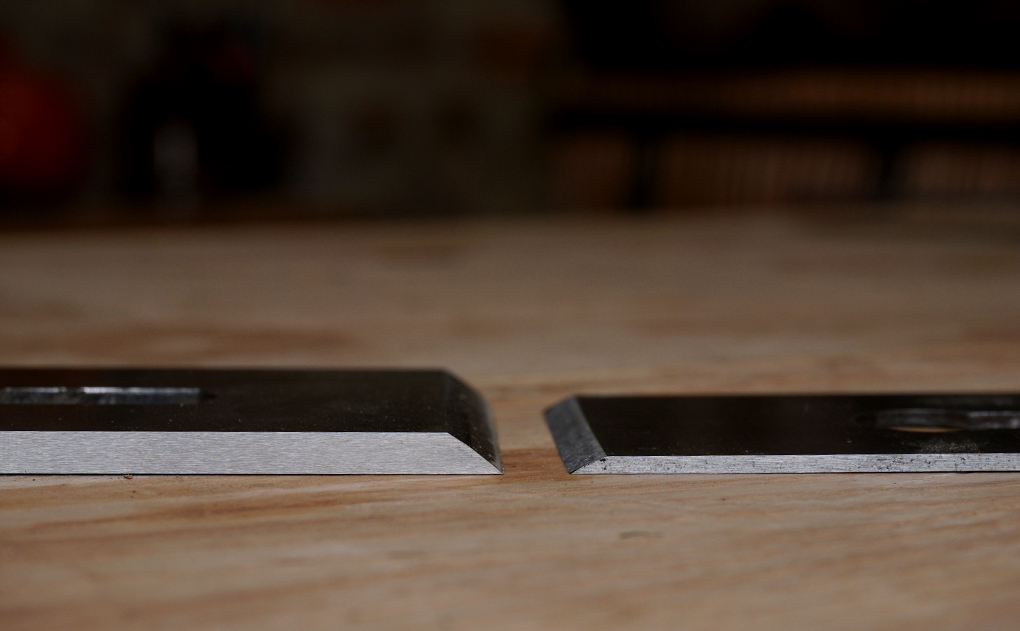 A modern thick iron alongside the iron from my Stanley. Not only is there more steel to work away, but the steel is a lot harder as well.

But my question remains.

Could we have modern tools, with thick laminated irons?

It would make our routine less disjointed.

Older thick irons, such as in wooden planes were mostly laminated. A thin layer hard enough to take the edge, was given mass from softer steel that could be worked away quickly. In most cases, soft enough to use a file. No grinder was needed.

With their extremely hard steels, the Japanese take this a step further and hollow out the back. Because no woodworker should spend more time working away steel than wood. Oh, and they are laminated also. 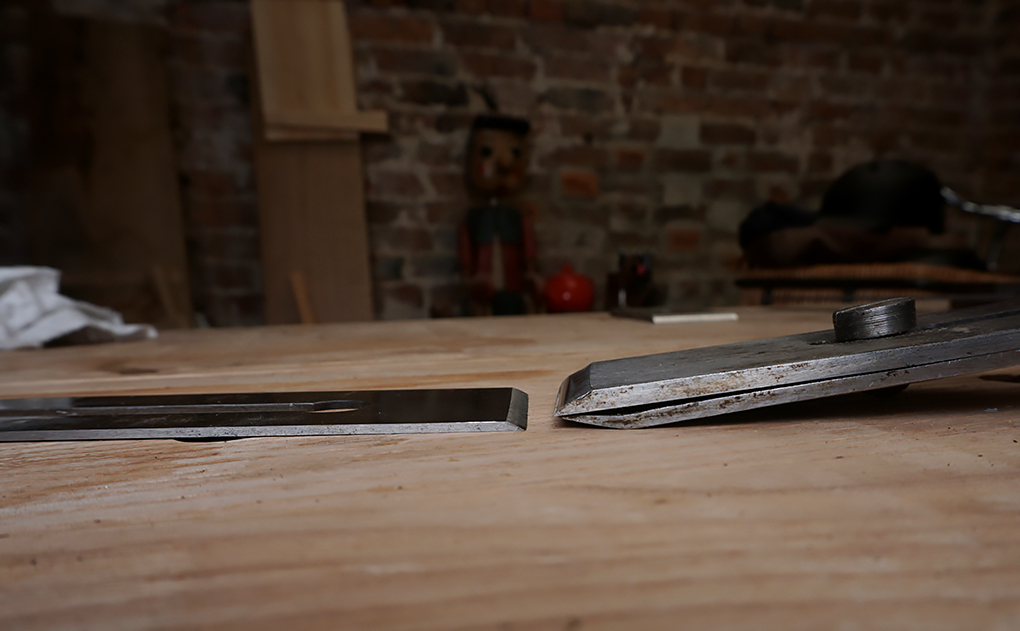 Here the thin Stanley iron is seen with an old wooden plane iron. There’s a lot of extra thickness in the old iron, but it’s still fast to work, as the bulk of the bevel is soft enough to file away.

A nice thick iron can be very welcome at certain stages of a project.

So could this be viable?
Is it inefficient cost wise to laminate two steel types together? Even if it dramatically lowers the amount of fancy steel used?
Or is it just an unknown desire?

Planes made today from the likes of Veritas, Lie Nielsen are genuinely superb. But they’ll never be as versatile as my old Stanley because of this.

I don’t expect you to answer that.
But we are still taking in your own sharpening related questions through the Pre-order of our new video series.

Thank you to everybody whose queries have already been received, there’s a great variety and we’re now making a start going through the planning of that final chapter.
If you do have a question and haven’t asked yet, then be sure to do it today, as Chapter One will be up and running tomorrow. More details can be found here. 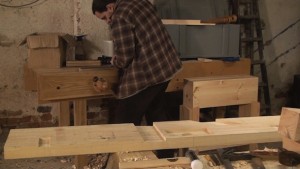 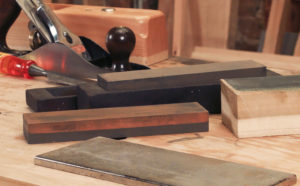 Which Sharpening Stones Do You Need? 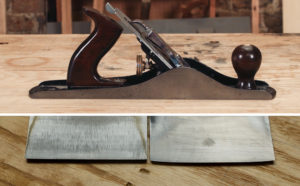