I’ve been racking my brains for a couple of weeks now trying to peace a sentence together that best describes moving the machines. To be quite honest I think the English language has let me down. Two weeks and I’ve only rustled up three words…..
‘Shear bloody will’.
I also seem to have trouble remembering much of it. (They do say you tend to forget traumatic experiences). All I can say though it that they are now back here in Lincolnshire all in one piece.

It all started on a sunny Friday morning, the birds were singing and I felt very positive. I decided to write Friday off from work and focus on making sure that I’d packed everything, and I mean everything. Engine lifts, pallet trucks, plywood, a hoover (don’t ask) the list went on. I managed to fill my old LDV to the brim and the trailer and then I headed off to kip at Kevin’s (another Maguire who happens to specialise in moving heavy awkward stuff!) so we could set off bright and early down to Kent the next morning. In the last seven years me and Helen have barely spent a night apart so three nights away were going to be quite a big thing in themselves. Helen seemed to overcompensate by packing me with bags and bags of food, there was all sorts from your usual snacks to boxes of Rice Crispies (I don’t even eat Rice Crispies!). Where to store all of this food did pose quite a problem especially as I didn’t take in to account the two scoots, five tonne jacks and bags of strops that Kevin had to add to the load so we spent a good twenty minutes stuffing food in to every nook and cranny around the pick up. 5am Saturday morning and the truck roared in to action, all 60 measly horsepower! The trip seemed to go on forever as my van defines the very meaning of van and as soon as we hit a slight incline on the motorway it rolled down to a steady 30mph, I didn’t dare look in the mirror but when I did I could see the whole world held up behind us whilst we pebble dashed their cars with Rice Crispies! 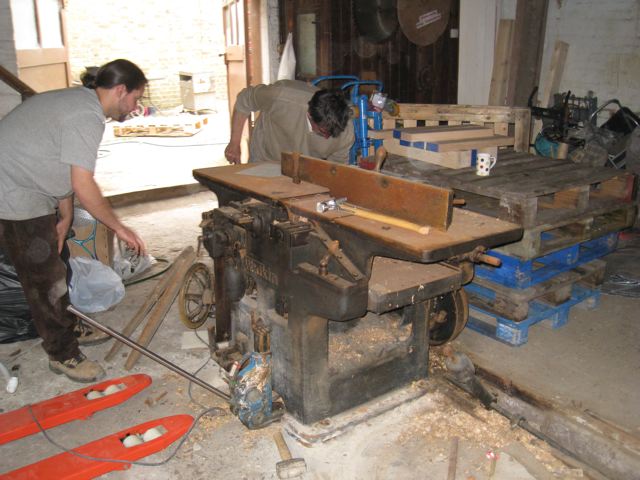 After about 6 ½ gruelling hours later we arrived and were greeted by a good friend Douglas. After straightening our spines back out again the three of us went off to the workshop to make plans for  the task ahead. The first thing that I noticed was that the little 2” step in to the workshop suddenly appeared 10” tall, no body said anything but I sense that we all thought the same. With time against us though we cracked straight on and within ten minutes were already unbolting the planer from the floor, the planer turned out to be quite a farce to move but we just kept reassuring each other that the first one is always the hardest. It turned out that none of them really wanted to leave their hundred year old home, they were all grouted down along with the bolts. It was the grout that posed the real problems as it was as hard as nails and had got in to all of the casting, probably an old local brew! Once we’d mastered a technique though the rest did seem to flow a lot smoother and some of them were out within minutes. 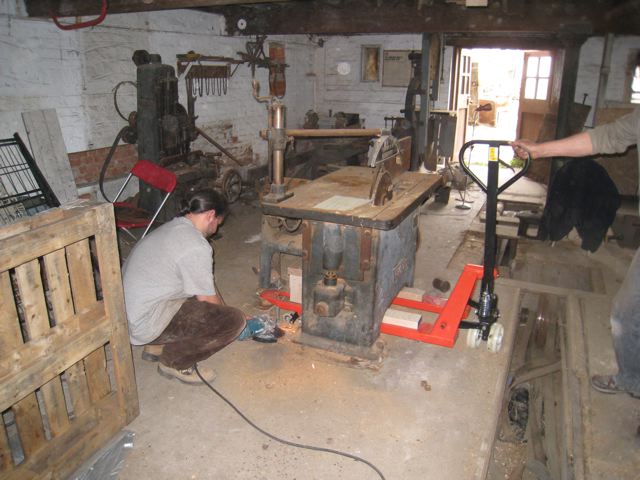 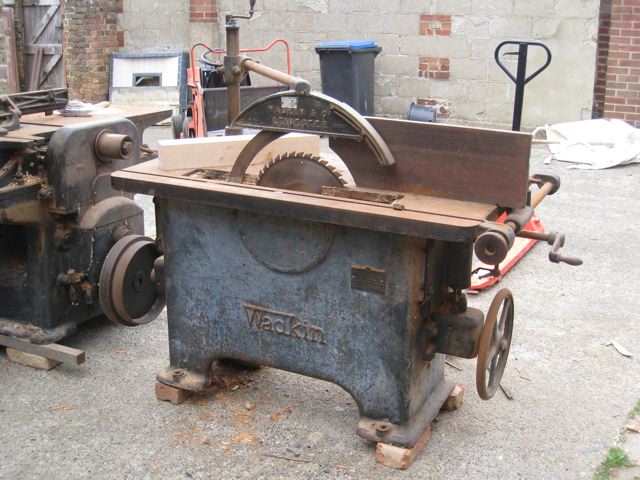 After the planer followed the spindle moulder, rip saw ( what a beauty that is!), morticer and grinder. We seemed to get all of those out in the time it had taken us to just get the planer.  It was only when we came to the bandsaw that the fun really began, we’d faced the same difficulty with all the machines but due to its positioning and height this one was especially tough. Once released we had to lift the machine well clear of the bolts left sticking out from the gound and having grout still caked around its base just added to the trauma; this one seemed to bring half of Kent up with it! It was at this point that Douglas had to leave us but with a man down and half way in to the night we persisted. It must have been over four hours just to get the bandsaw out but it was made easier when Sue (one of the owners of the workshop) brought us out a lovely meal – blimey that lady knows how to cook and the wine washed it down a treat! With the bandsaw out we decided to call it a night and headed to the Inn. Neither of us spoke much about it that night but I suspect we were both pondering the same question “was it possible to finish the job on time?” I didn’t get much sleep. On top of the final two machines we still had all of the pulleys and shafts to remove before the lorry arrived early Monday morning. The main line shaft was over 6m long and buried under the floor; I could see it spinning around and around in my head all night long! 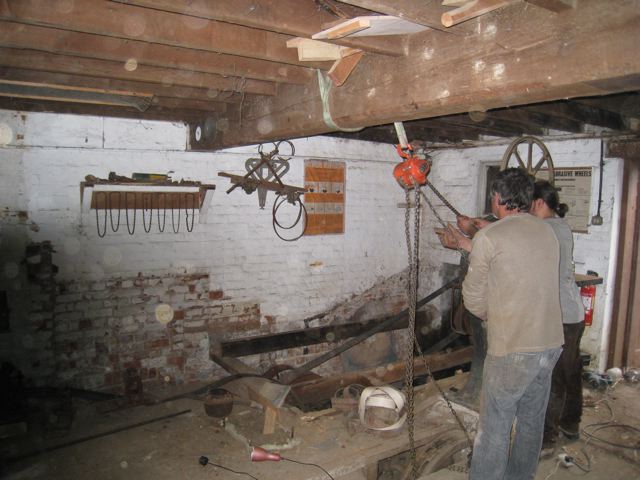 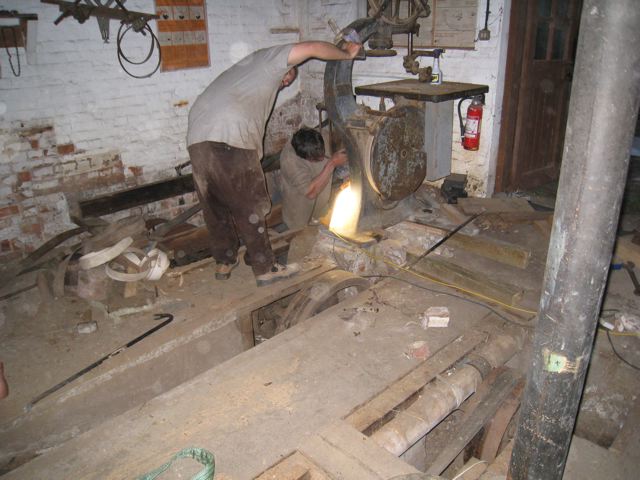 « Be Careful What You Wish For!
Latest Hardware »