I don’t know about you but I’ve always found that if I have anything more than an ample space to work then the extra will just get filled up and cluttered – or as my Dad always puts it ‘the bigger the van, the more crap you carry’.

When we moved to this workshop a couple of years ago our space increased nearly three times so it felt like we had plenty of breathing room. Before I realised it though I was back cramped up with just enough space to work. It feels to me like space doesn’t like to be empty so clings on to everything that passes by creating ‘clutter corners’ filled with junk that I don’t even remember bringing in. Apart from making the place look miserable and precarious it’s usually the case that the useful items are misplaced right at the back and out of sight.
The new workshop was a clean slate and I’d been too used to working amongst junk previously so was determined to keep organised this time. Like a failing New Year’s resolution I tried desperately to break the habit and always keep a nice large work area and to be fair I felt that I was winning. That is until I blew it completely.

I bought up the Wadkin Line shaft Machinery complete with all of the pulleys, tooling and array of unidentifiable bits and pieces which I would have to keep hold of in case I should ever need them. This was so much more than a ‘clutter corner’!
Sometimes a change is good though and the sudden need to regain some space meant we had to be inventive. We would have to store most of the machines safely until we could work on them and so we grouped them nice and tightly in one corner and built a platform over the top. The platform became a separate small milling room for making vice parts – not only did we regain the lost space but it was more organised than before. Problem solved.

Since making those changes last year I’d managed to keep on top of the mess by arranging everything in the workshop just so. I’d got to know my work flow by that time and been able to lay out tools and storage in the most logical places so they were quick to use and put away.

Last month I made a terrible realisation, the dreaded ‘clutter corner’ was back and worse than ever! 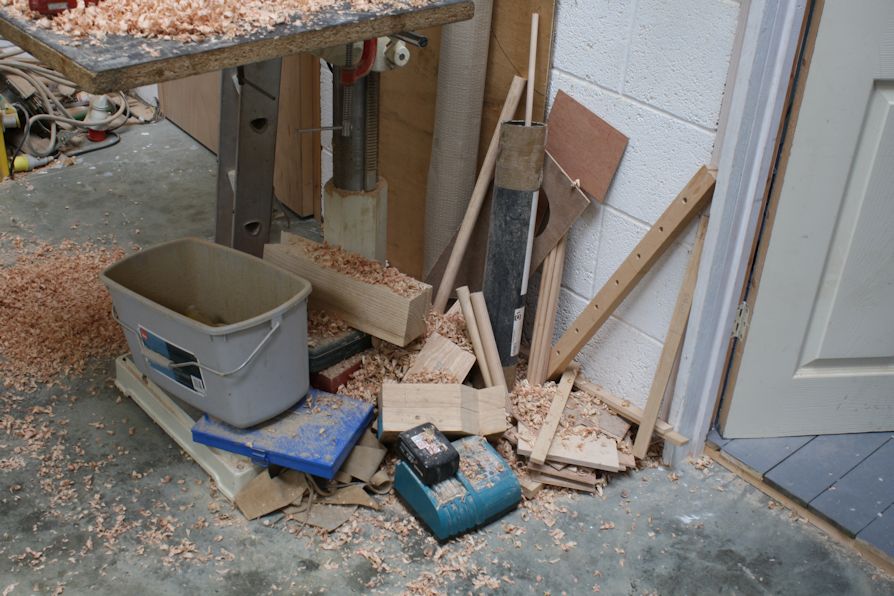 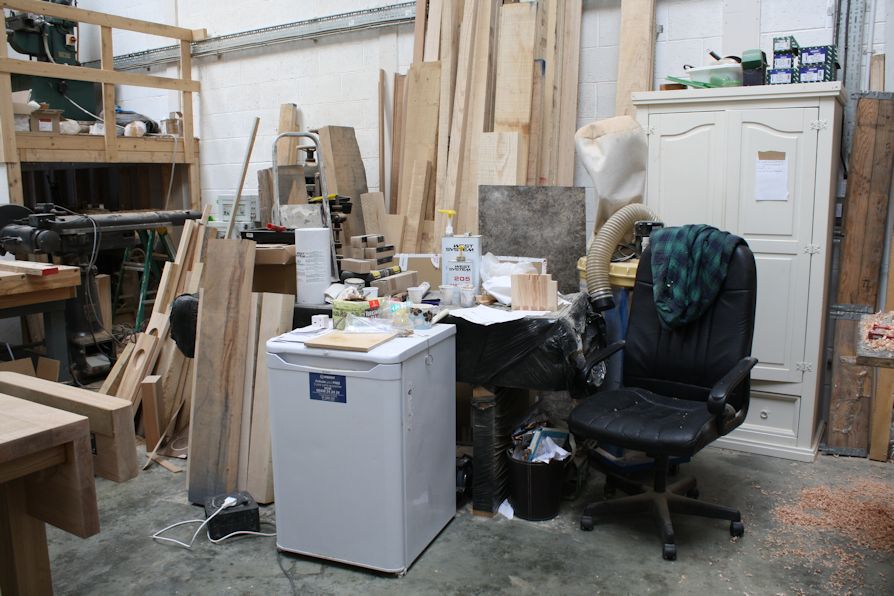 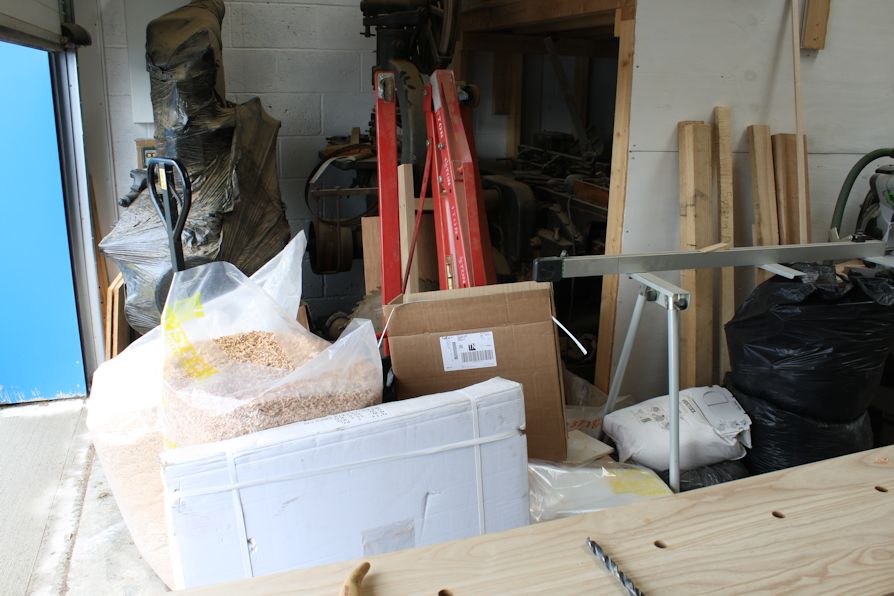 In my defense this mess has stemmed mainly from the changes we’d made moving my hand tools in to to what is now the filming room. To make this happen we had to empty the room first and so now I have everything from filing cabinets to a fridge sitting in the middle of my workspace. Thankfully a rescue plan is under way since as luck would have it a new self storage company have just set up over the road from us. We’re now the proud leasers of a shiny new container and will set forth next week to transform this mess in to a lovely clear and organised work space. Oh what possibilities!

I’ll be following up the clear out with some time spent planning and building new storage, cupboards etc. to recreate the organisation. In the meantime if you have a ‘clutter corner’ of you’re own and have the time to take a photo then we’d love to have a look.

« Maguire Wagon Vice – Every One’s A Spinner!
The Holdfast and the Batten – VIDEO »