This has been a very popular video since we published, and the method has been further explored in use and in it’s possible historical roots by Chris Schwarz at Lost Art Press.

Check this video if you need to get your holdfasts to grip better.

Clamp Boards Quickly Using Only A Holdfast & A Batten Of Wood

In this video I demonstrate a rather primitive method to hold down work to your bench top.

As you’ll see, a holdfast can be just as effective as clamping between dogs using a tail vice, so does that mean that I’m saying a tail vice is unnecessary? To be honest I’m still on the fence with this question. I’ve often worked with a bench that has no tail vice and so I could never say that they’re essential be I still feel that given the opportunity to build myself a new workbench I would be keen to include one.

I can also see some benefits that the holdfast and batten method can bring over using a tail vice. Firstly, on the English style workbench shown in the video it is a lot less faff to knock the holdfast down than keep having to push up your bench dogs due to that deep front apron. I also like how the end of your bench is freed up and can be used for sawing off if you omit the tail vice completely.

For me a tail vice is mainly used for holding work down to the top of the bench as shown in the video. Wagon style vices such as our own ‘Maguire wagon vice’ and the versions by Benchcrafted and Veritas’ sliding tail vice work exceptionally well for this. You may however prefer a vice with an opening jaw such as a Record style quick release but these can easily drop when opened wide. If your looking to use it for clamping your board flat between dogs then it can offer very little support and will unlikely stay level.
A final consideration for now comes when clamping thinner materials as you can distort a board should you over tighten it between dogs. This issue doesn’t occur with the batten but of course you would need to have a nice thin one to ensure it doesn’t get in the way.

It would be great to hear your thoughts on this – do you manage without an end vice or rely on yours daily? And how about some other suggestions for working without one, this is one of many which I use daily. 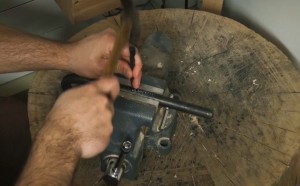 Holdfasts – Get A Grip! VIDEO 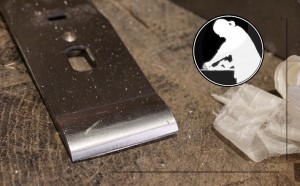 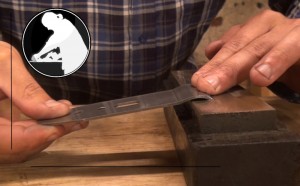