I say complete but to be honest there are a few tweaks left to be made although we have got far enough to show you the cross cut saw up and running again.

When we had the motor collected for being rewound the electrician also took a look at the starter unit for us. This was very old and oil filled so we knew that a replacement would be necessary but to Richard’s delight the characterful ‘Start’ & ‘Stop’ buttons were found to be perfectly safe and serviceable so were able to be reused. 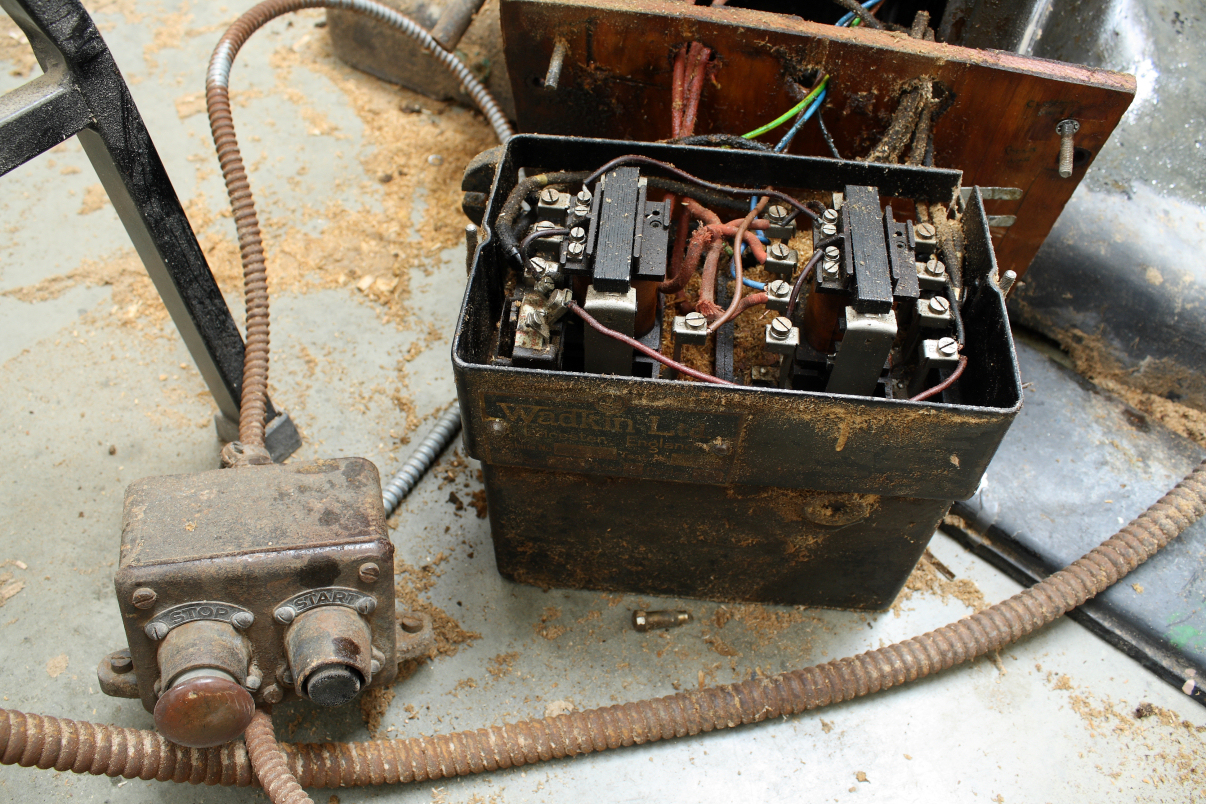 After inspection (I think this involved being put in an oven?) it turned out that the motor would not require re-winding after all but whilst it was away the bearings were replaced and new wiring put on throughout. By the time the motor was returned we’d finished cleaning and rebuilding the saw and had it fixed down in it’s new position. The concrete floor was drilled out so that threaded bar could be inserted and cemented in place at each corner and the machine was carefully shimmed up so it was perfectly level before large washers & nuts were added to hold it down firmly and the base was grouted in place.

As shown in a previous post Richard has built a sturdy support table for the saw and this was also fixed down with threaded bar. A lot of time was taken to ensure that the table was level and would remain that way and a basic fence was added and readjusted until it was absolutely true and square. 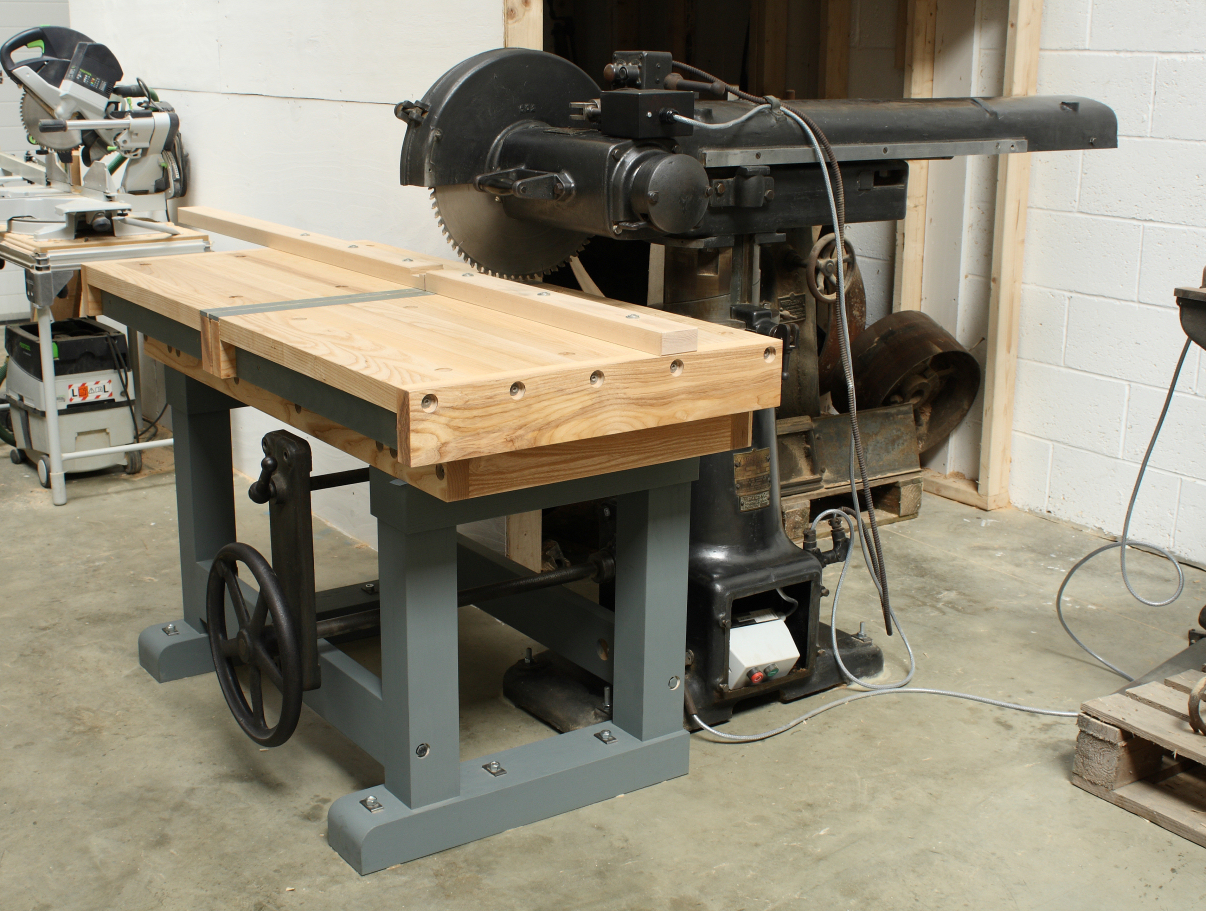 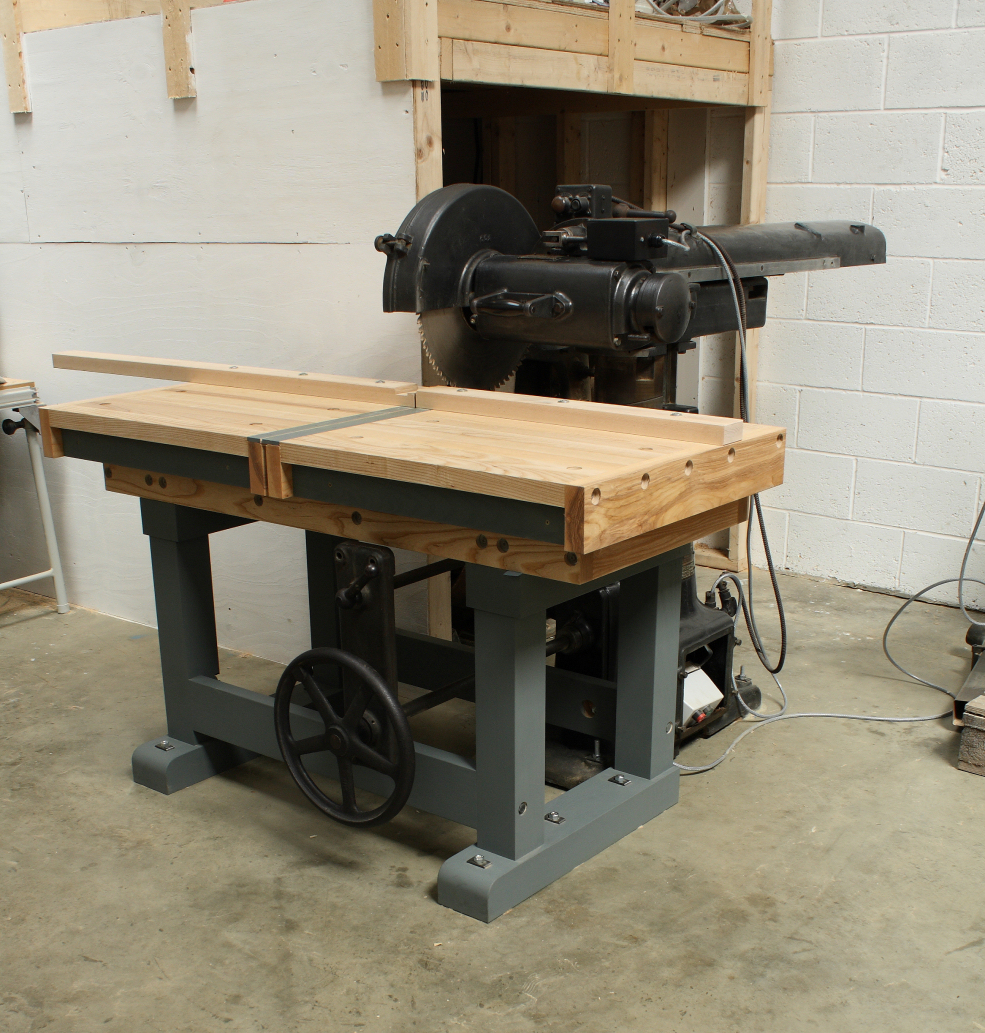 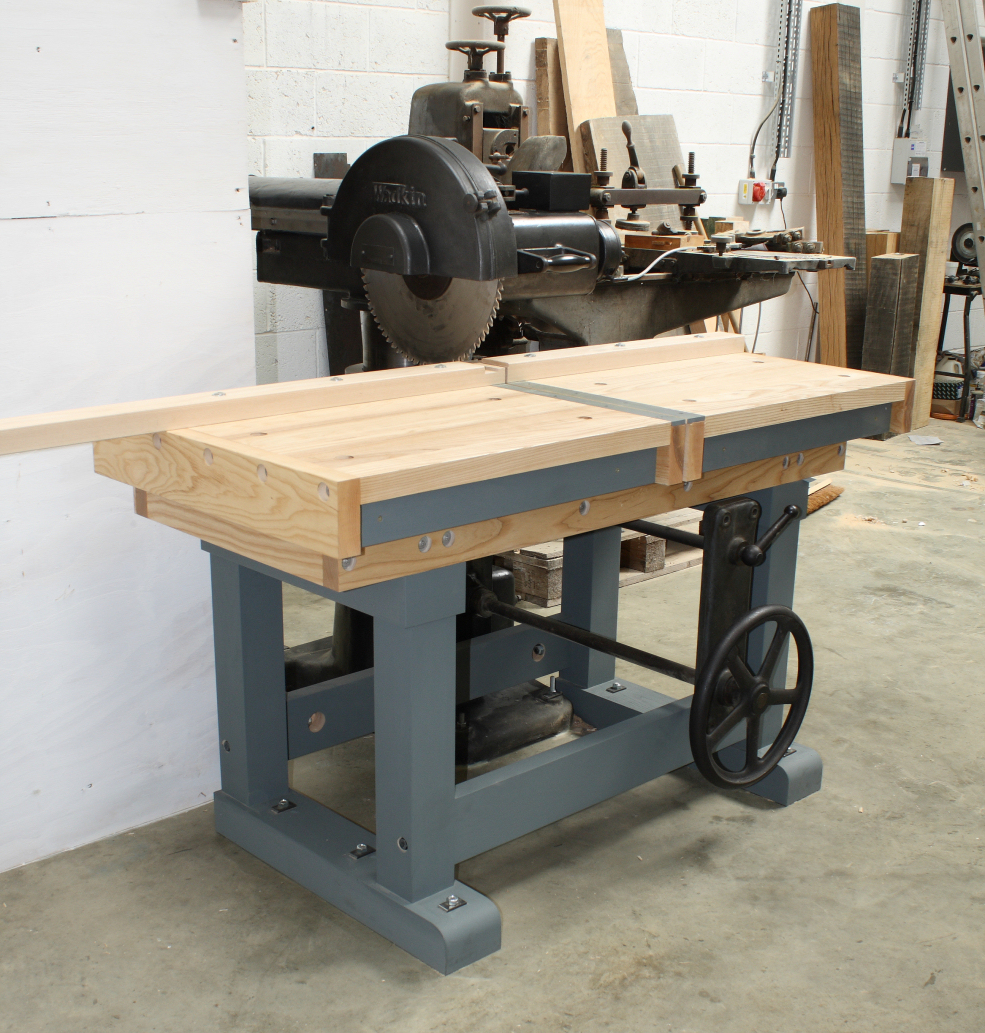 When the electrics were updated a rather unsightly black box was attached to the top of the motor to house the new connections. This didn’t go down very well with Richard and unfortunately it also blocks the movement of one of the adjustment levers so it will be replaced with something more compact and appropriate down the line. As you can see from the photos we also have to do some tidying up of the wires and find a suitable cover for where the old starter unit stood. Other things on the check list are incorporating a chute between the table and saw for connecting effective dust extraction and of course better guarding on that enormous blade. A final job will be to add support for the rise & fall hand wheel at the front of the table. For now though we can at least show the saw up and running in a quick video as it makes short work of some 4” thick oak. (This is intended to share the experience of the saw back in action and not to demonstrate technique or safety advice!) 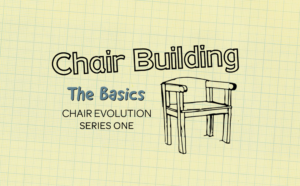 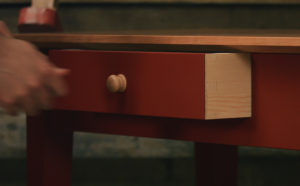 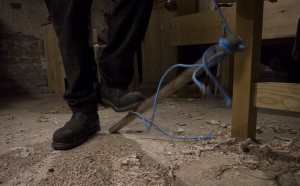 « Or Maybe Bigger IS Better?
Medieval Cupboard – The Hardware »